‘A’, ‘An’, and ‘The’ are called articles. They are really demonstrative. It means they are adjectives used to point to something.

There are two kinds of articles

“A” and “An” are called indefinite articles because they only generalize a noun; as, a student; that means any student.

The choice between “a” and “an” is determined by a sound of a singular countable noun.

“A” is used before a word beginning with a consonant sound. It is used with the word which gives the voice of consonant. For example, a girl, a horse, a useful book.

“An” is used before a word beginning with a vowel sound; for example, an egg, an orange, an hour, an honest man, etc.

In some cases, an indefinite article gives sense of “one” or “any”.

It is used to make a common noun of a proper noun; as,

“The” is used when a singular noun is used to represent a class or group of animals.

It is used with the names of rivers, seas, oceans, group of islands and mountain range; as,

It is used before the names of certain book newspapers, journals; as The Holy Quran is our sacred book.

The Nation is a famous newspaper.

It is used before superlatives and first, second and only etc, used as adjectives or pronouns. For example,

She is the most beautiful girl in the class.

It is used with historical events.

The partition of India is a historical event.

It is used with names of unique objects; as,

the earth, the sea, the sky.

It is used before a noun mentioned second time; as,

I saw a man in the street, the man was carrying a sack.

We use it before an adverb with comparatives.

The omission of the article

2 – Uncountable nouns are always singular but we do not use “a” or “an” with them. These nouns are often preceded by some, any, no, a little, etc. or by nouns such as bit, piece, slice. See these examples

3 – We do not use “a” or “an” before the names of meals except when these are preceded by an adjective.

We have breakfast at 8 a.m.

4 – “The” is not used before proper nouns, material nouns, and abstract nouns; as,

5 – “The” is not used before names of languages and skills. You will find here abstract nouns list a-z. Moreover, the formation of abstract nouns from adjectives, verbs, and suffixes is also given here. Abstract Nouns… Adjectives are used to describe the quality or quantity of nouns or pronouns. For example large, tall, beautiful, etc. To read the detailed article about… 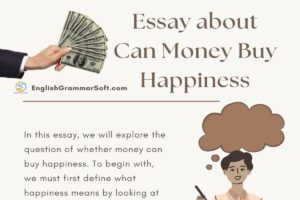