If you want to talk about money, you need to know how to use idioms about money. Idioms are expressions that have a meaning different from their literal meaning. Here are some common examples.

Idioms about Money and Finance

People can’t just have money whenever they want or need it. This idiom is used to teach children that money is something that needs to be earned and saved.

2. A penny saved is a penny earned

This means that even small amounts of money can add up over time if they are saved instead of spent.

This idiom is used to describe how expensive something is.

This person has a lot of money and is very wealthy.

This person likes to spend a lot of money, often more than he has.

I am being careful with my spending.

The person is careful with his spending and doesn’t like to waste money.

One has a lot of money.

9. That business is raking it in

They are making a lot of money from that business venture.

This means the person is losing money.

The person who in the black means he is making money.

She is very lucky.

A person having a lot of money

A person having so much money that it is difficult to manage it all.

17. Worth one’s weight in gold

Extremely valuable or worth a lot of money

If you are going to do something anyway, you might as well do it thoroughly.

19. To bring home the bacon

To provide for one’s family financially.

This means too much attention to small expenses and not enough to large ones.

This means someone finally understood something, usually after a long explanation or argument.

22. A penny for your thoughts

It is an invitation for someone to tell you what they are thinking about.

23. To put your money where your mouth

It means to prove that what you say is true by making a commitment based on your words.

To earn a lot of money quickly and easily or financially successful.

To be extremely poor; to have very little money.

Money has a lot of influence – rich people can get whatever they want (often used humorously).

27. To have deep pockets

To be wealthy and able to spend a lot of money

To have more money than one knows what to do with.

You must spend all your money while alive because there is no afterlife.

30. A fool and his money are soon parted

A fool doesn’t know what he’s doing with his money, so other people take advantage of him and get him to spend or give away his hard-earned cash. 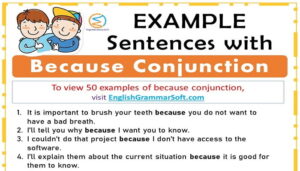