The word integrity can be defined as the quality of being honest and having strong moral principles. It is a virtue that has been highly valued for centuries. Its importance was demonstrated in ancient times when it was believed to be one of the four cardinal virtues, along with prudence, justice, and fortitude.

The concept of integrity dates back to at least 600 BCE when Homer wrote about Odysseus’s struggles with temptation on his way home from Troy. In more recent years, it has come to stand for something broader than honesty; now it often means someone who remains true to their beliefs even if they are unpopular or different from what others would prefer them to believe.

Integrity is derived from the Latin word “integritas” which means wholeness.

A consistency between decision, actions or beliefs as well as continued adherence to values and principles which is considered a foundational moral virtue and is helpful in building a character. It is based on someone’s integrated actions and his moral code and conduct.  These principles enable the character to lead a high-value life while putting aside the public image.

Characters are the most important part of a story, and as such, they should be developed with integrity. However, it can be difficult to keep true to their nature while also making them appealing to an audience.

It is important that characters stay true to themselves in order for readers to connect with them on an emotional level. It’s hard for people who don’t know each other well or at all yet connect if one person is always changing their personality and actions based on what another wants from them.

When Proctor refused to give false confession and proclaims his conviction considering that this integrity will carry him to heaven.

Willie struggles for the improvement of Spanish Harlem by upgrading their damaged apartments.

Holden Caulfield in “Catcher in the Rye” (J.D. Salinger)

Spencer tried to discuss the paper which Holden wrote to him and also the causes of his expulsion but ‘Holden’ while showing disrespect does not listen to what ‘Spencer’ says to him and ignore him who was truly wants to help him, therefore, Holden was defined as a deceitful hypocrite.

Shakespeare shows that how the integrity of Macbeth was damaged and diminished due to his ambitions. Firstly, Captain describes Macbeth as a loyal subject but with the passing of time and after introducing three witches, Macbeth lost his integrity and comes to a catastrophic end due to his lust and power. Shakespeare compared Macbeth with Macdonwald who are different in their integrities. Shakespeare shows Macdonwald a man having no integrity by using a metaphor, “Multiplying villanies of nature do swarm upon him”.

The depiction of Walt Whitman about President Lincoln in his Poem “O Captain, My Captain” is example of integrity.

O Captain! My Captain! our fearful trip is done,
The ship has weather’d every rack, the prize we sought is won,;
The port is near, the bells I hear, the people all exulting,
While follow eyes the steady keel, the vessel grim and daring,
But O heart! heart! heart!
O the bleeding drops of red,
Where on the deck my Captain lies,
Fallen cold and dead.

O Captain! My Captain! rise up and hear the bells,
Rise up for you the flag is flung for you the bugle trills,
For you bouquets and ribboned wreaths for you the shores a crowding,
For you they call, the swaying mass, their eager faces turning,
Here captain! dear father!
This arm beneath your head;
It is some dream that on the deck,
You’ve fallen cold and dead.

My Captain does not answer, his lips are pale and still,
My father does not feel my arm, he has no pulse nor will,
The ship is anchor’d safe and sound, its voyage closed and done,
From fearful trip, the victor ship, comes in with object won,
Exult, O shores, and ring, O bells!
But I, with mournful tread,
Walk the deck my captain lies,
Fallen cold and dead.

Hector in “The Iliad”

“Throughout the play, Hector has been shown as respectful not only in his comrades but also in his enemies. His fight in his own kingdom, love for his wife and children and commitment towards his responsibilities are best examples of his integrity. After taking leadership of Troy, he served his country and fulfilled his commitments until his death. 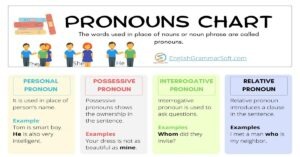 Print out this pretty little graphic for free. Using this page, you can determine what the words in your sentences are referring to. This is… In this blog post, we will go over the most common rules for hyphen use so you can make sure your writing is clear and… Free Printable Worksheets on Future Perfect Tense We have three worksheets (JPG) as well as in PDF. Answers are given below each worksheet. Worksheet No.1…