The literary recording of a person’s life became increasingly popular since the second half of the 17th century. It began with the search of the lives of ‘Saints’ and stories of the rise and fall of princes. The saying of wise and holy men is also a branch of biography and it can be learnt through the teachings of ‘Socrates’ and ‘Plato’. According to Dryden, “Biography is the history of particular men’s lives”. Any form or aspect of the life of a person is used for biography purposes.

Since 1950, the art of Biography has burgeoned, and biography has become a major publishing industry. The major fields of biography in which the writers worked are:

Here are the following notable writers who contributed a prominent autobiographical work.

It is the eminent form of biography which discusses the life of saints. With the start of the sixteenth century and onward the work of biography developed and it remained till the eighteenth century. Dr. Johnson’s work, “Lives of the Poets” and Boswell’s work “The Life of Samuel Johnson” established the genre and converted it into literary activity.

Difference between Biography and Auto-Biography

‘Biography’ is the account of a person’s life which consists of his literary history or individual information.

Auto-biography is different from Biography. It is the story of a person written by that person. It is an old literary form that links to Egyptian literature. ‘Wordsworth’ in “The Prelude” used auto-biography by creating seriousness, his own investigation, and creativity.

Examples of Biography in Literature:

The Invisible Woman by Claire Tomalin

“The season of domestic goodwill and festivity must have posed a problem to all good Victorian family men with more than one family to take care of particularly when there were two lots of children to receive the demonstrations of paternal love”.

Here in the above passage, Tomalin’s literary biography of Dickens reveals his relationship with a woman which caused a bad effect upon his life.

“A self that goes on changing is a self that goes on living, so too with the biography of that self. And just as lives don’t stay still, so life writing can not be fixed and finalized. Our ideas are shifting about what can be said, our knowledge of human character is changing. The biographer has to pioneer, going ahead of the rest of us, like the miners canary, testing the atmosphere, detecting falsity, unreality, and the presence of obsolete conventions. So, there are some stories which have to be retold by each generation.

Here in the above passage, the writer is describing her biographical subject i.e. Virginia Woolf, who is telling about another person’s story and how she points out the fact that biographers must make choices between the information and the context and keep in mind that how the biographical subject will be viewed in history. Present Continuous Tense describes on-going actions at the time of speaking and happening right now, stressing that the doer is in the middle of the… 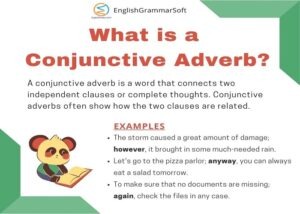 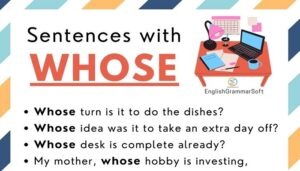 ‘Whose’ is a relative pronoun used to express possession. You will find here 70 example sentences with whose. You can use whose when you wish…