Respect is a word that has been used so much over the years that it has lost its meaning. Although it’s a good thing to do, respect is not always deserved. It is important to earn respect, but not by forcing it upon others.

We’ll explore more about respect in this essay.

Respect is a positive feeling of esteem for someone or something. It is an expression of admiration, regard, or esteem. Respect can be gained through the act of courtesy and civility.

Why respect is important?

It’s not a good thing to overdo respect

Respect is a good thing. It’s important to treat others with respect, and to expect that they will treat you with the same. However, it’s also important to know what respect is and isn’t.

Respect isn’t something that people can demand of each other; it has to be earned through actions and behavior. You can’t just say “I want you to respect me” in order for someone else to do so; you have to actually show them how worthy of respect you are by earning it through your own actions and decisions first. This means not being disrespectful towards anyone else (or yourself) because then other people won’t feel like respecting your wishes in return.

What does this mean? Well as long as one person respects another, then there’s nothing wrong with having mutual levels of both forms of respect between them — but if either party doesn’t feel like respecting another person enough then this creates tension between their relationship which could become problematic down the road when there aren’t any boundaries set up beforehand about how much respect each person deserves from one another!

To be respected you must earn it

To be respected, you must earn it. Respect is a two-way street, and the most important part of earning respect is giving it first. Just as you wouldn’t expect someone to respect you if you don’t respect them back, people won’t give you the time of day if they don’t think highly enough of your character. Respect everyone equally and without prejudice – this sets an example for others around you to follow suit.

A person’s character has nothing to do with their job title or paycheck; respect should never be earned based on these factors alone (unless those things are relevant to how well a person performs their job). The very definition of “respect” means “to value something highly; hold dear.” A person’s actions speak louder than words when showing someone that they have earned your admiration and esteem – not just because you’re supposed to act in a certain way based on societal norms or traditions, but because a genuine connection exists between both parties involved in mutual supportiveness!

Respect must come from you and not be forced

Respect is important in all aspects of life. Respect comes from within you and must be earned. You must respect yourself, others, your environment and community.

It is also important not to take things that do not belong to you because it would be stealing which is against the law so we must respect other people’s property too! We need our environment for everything so we should try not trash everywhere because then there will be no place left for anyone else’s house!

Finally there are many ways that each person shows this kind of behavior but one thing remains constant: every individual has their own way of showing how much love they have towards their family members or friends.

It’s a terrible mistake to stereotype people. Stereotypes are bad for everyone, including the people who hold them. They’re not based on facts or evidence, but on the assumption that all members of a certain group behave in exactly the same way.

Stereotypes cause discrimination and racism when they lead us to assume that people from certain social groups act in ways that are different from ourselves. They can also make people feel bad about themselves, because they may think that if they aren’t like everyone else then there must be something wrong with them.

Respect is good but is not always deserved

Respect is a good thing, but it doesn’t always mean that someone deserves it. You can respect someone and still disagree with them or even dislike them. Respect is not something you give out freely, it’s earned. It’s not about how nice a person is to your face; it’s about how they treat others behind their backs, too.

Respect isn’t just one way–it takes two people working together to earn each other’s respect: you have to understand what your partner needs from you and try your best to meet those needs for her/him; s/he has to do the same for you! If either party stops trying then there won’t be any more respect between them! In this relationship there are no guarantees; all we can say for sure is that both partners will try their hardest every day until one day when they realize they’ve already earned each other’s trust completely.”

We think that respect is a good thing, but it’s not always deserved. You can’t force someone to respect you and sometimes people just don’t deserve it! A lot of people think that if they respect someone else then they are automatically respected back, but this isn’t true.

You must earn your own respect by being respectful towards others and respecting yourself first before others will follow suit. 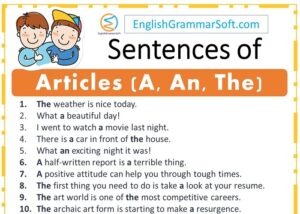 What you call nature, is an event, a phenomenon, wonders happening around us, or an environment where we are living. Essay on Nature Greenery, beautiful… Interpersonal skills are a range of behaviors that help us get along with other people. these include communication skills, problem-solving skills, and social skills. here’s…