What is an interrogative pronoun?

There are two kinds of interrogative pronouns:

To make the things clear, here is the chart of interrogative pronouns.

Some interrogative pronouns are formed using ‘-ever’. Emphatic or Reflexive Pronouns Reflexive pronouns direct their action back to the subject. A pronoun that is formed by adding ‘self’ or ‘selves’ to a… What is Quantifier Pronoun? Quantifier pronoun is used to talk about the quantity of something which can be countable or uncountable. For example, a bit,… 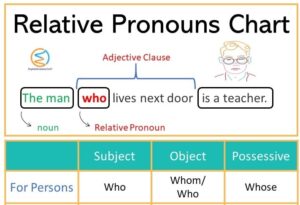